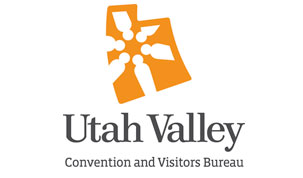 History and Heritage—Something Old, Something New

The rich, deep and diverse history of Utah Valley adds to the ultimate experience of those that visit the area. Originally home to Native Americans, Utah Valley has also been the destination of Spanish explorers, mountain men and trappers, and pioneers emigrating to the West.

Most of Utah’s communities, and many of its historical and cultural attractions--are at least 150 years old and have continued to preserve and honor the past as they look to the future.

Interested in geology, Native American culture, or pioneer lore? There are many local museums or historical sites where you can learn something new about your favorite hobby or historical passion.

Are you a military history buff? Then take in Camp Floyd, located in Fairfield, Utah, which was once home to 3,500 troops, nearly one-third of the entire U.S. Army at that time. The troops were brought to Camp Floyd to respond to unfounded rumors of a rebellion in Utah. The troops remained at the site until 1851. Today, Camp Floyd features a museum including interactive, hands-on experiences providing an up-close look at 1800s military life.